Is Japan The Most Overrated Travel Destination In The World?

Stylish Getaways In Kintamani, Bali For Your Next Holiday

But security experts caution the UK has been late to the issue.

It comes amid growing concern about the risk of China buying high-tech companies, especially in the economic turmoil resulting from the coronavirus pandemic.

At the height of the crisis, a boardroom manoeuvre nearly went unnoticed.

And it flared up into a row that goes to the heart of on an increasingly contentious issue - has the UK failed to stop high-tech industries passing into Chinese hands?

In 2017, Imagination Technologies, a Hertfordshire-based company at the cutting edge of computer-chip design, whose tech is used on iPhones, was bought by Canyon Bridge Partners, a private equity firm based in the Cayman Islands.

But 99% of the funds for the purchase came from China Reform, backed by the state in Beijing.

One of those to raise the alarm, Sir Hossein Yassaie, a former chief executive of the company, feared assurances it would not be moved to China were at risk of being broken.

"It looked like there was an attempt to basically change the ownership and control of the company," he told a documentary made for BBC Radio 4 .

"My stance on Imagination is fundamentally about making sure a very important ecosystem... is maintained as an independent, properly governed supplier."

The issue was taken up by Tom Tugendhat MP, who chairs the Foreign Affairs Select Committee, which held a hearing in May.

Canyon Bridge denied China had any untoward influence over the purchase or its activities, arguing the decisions were purely commercial.

And some of the changes were halted.

But those involved believe it was an indication of a wider problem.

"This is just part of an incremental process where technology is being moved out of the UK, and out of the West, and towards China," Mr Tugendhat says.

Has the UK been too ready to allow some of its "crown jewel" technology companies to be sold into foreign hands? 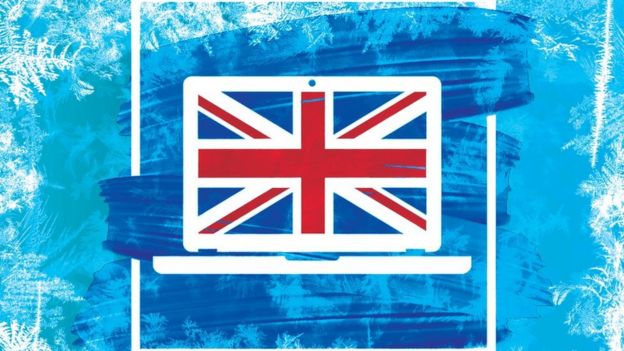 And Elisabeth Braw, of the Royal United Services Institute think tank, believes many other cases in which cutting edge technology have shifted to China have gone unreported.

"The UK has been late to understand this," she says.

"It sort of goes against this idea that globalisation is a force for good, if you start saying, 'Well, we need to scrutinise foreign investors.'

But actually the world has changed and China is exploiting globalisation for its own gains."

Theresa May's government announced plans to look at the issue in 2018.

A bill promising new powers to assess mergers and takeovers was promised in the Queen's Speech last December.

And in May, Prime Minister Boris Johnson said parliamentarians were "right to be concerned" about the buying up of UK technology by countries that had "ulterior motives", and promised new measures in the coming weeks.

Others have already acted.

The purchase of a robotics manufacturer by a Chinese company led Germany in 2017 to place new restrictions on takeovers.

US intelligence officials have also increasingly focused on looking for a hidden hand from the Chinese state in business deals.

"You might see an acquisition and on its face it makes all the sense in the world," US National Counterintelligence and Security Center director Bill Evanina told BBC News.

"But there needs to be intelligence services peeling back that onion to identify who the backdoor owners are and who the financiers of that acquisition are."

Mr Evanina says that, after having been "a little bit slow, in the last two to three years", the US government has become more active in warning the private sector.

In the UK, MI5 plays a similar role and informs decisions about whether technology takeovers are in the national interest - but few have been stopped.

One of the more surprising rows came after the gay dating site Grindr was purchased by a Chinese company. 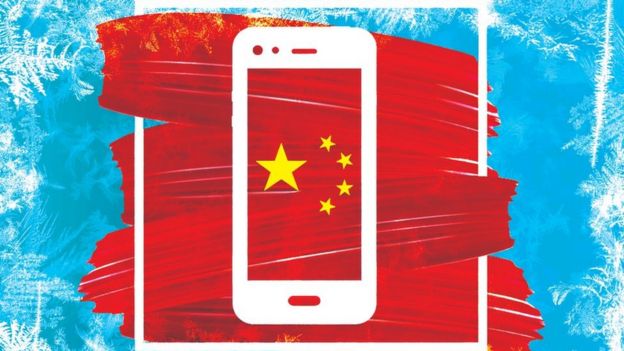 The US raised national security concerns because of the fear the personal data could be used to compromise or influence individuals.

And the company was eventually sold.

"The regulator realised that having that information at the disposal of the Chinese government ultimately was a very bad idea for US national security," Ms Braw says.

"We need to change our understanding of which companies are vital to national security and treat them just like we treated defence companies in the Cold War".

One concern for Mr Evanina is the extent to which China can use a combination of acquisitions, its own technology companies and cyber-espionage to build up large databases of personal information.

"The ability to have information on every human in the world that that human doesn't even have on themselves provides them with a strategic advantage, not only from an espionage perspective but a compromise perspective [and] understanding plans and intentions of companies," he says.

someone who likes to write and teach

The World Caters To Average People And Mediocre Lifestyles